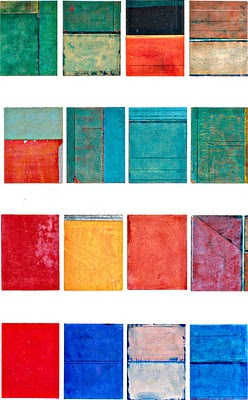 Growing old is never far from my thoughts. I touched on the subject before in About the Aging Artist.  I continue to observe the process with curiosity, some grief and very little resignation.
Aging is about losing the person one was, trying to rise above it and at the same time conceal it. Concealing it is necessary because we don’t want to be treated as less than before. As a female, and now an elderly one in this culture, I find I have to make an effort to stand taller and speak louder to be sure that my presence is noted. Aging with dignity is the goal. And keeping as much of oneself as can be preserved without too much effort. There’s a lot of instruction available for the upkeep of brain and body. I have never been fond of crossword puzzles and I abhor exercise. Always have. The half hour exercise video that I force myself to do is like taking the cod liver oil that was popular in my childhood.
I am grateful beyond measure that the part of me that paints doesn’t deteriorate. It flourishes and brings me more joy and solace than ever. Would that my memory were surviving in similar fashion. I’ve never been good with numbers and now I bless my little calculator, for without it my checkbook would be a hellish mess. I don’t even want to think about enduring only to experience a loss of independence. I scrutinize with great interest the lifestyles of those who grow old with grace and with their faculties intact. The trouble with that is that everyone does it differently which brings in the question of genetic heritage. Well, we do the best we can. Golden age, my foot.
I think my reason for examining this chapter of life so closely is that it provides some vague sense of control. That’s all, just a vague sense. Time marches on, do what we will. I still remember seeing Lost Horizons, the Ronald Colman version, made in 1937. When he takes the woman he loves away from Shangri La, where nobody grows old, she fades away in an instant. Very sad.
The Image above, Sunlight Factored, is one of a series made and sold in 1992.  Mixed Media on Paper Mounted on Board, 54” x 38”. For inquiries or to purchase a painting shown on this site, please email Joan. Remember you can also purchase a print at my Etsy site with ease.
Posted by Joan Gold at 10:04 AM