About the Loss of Selfhood 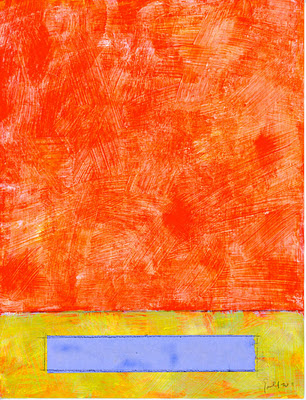 I just wrote a note that I ended with: “Imagine how many interesting people there are in the world, who have much to offer us, that we will never know”. Then I realized that is what books are for. And they are blessedly low maintenance. Joan Didion’s Blue Nights was a generous gift. I had read The Year of Magical Thinking which dealt with the death of her husband. Her daughter died not long afterwards and led to the writing of Blue Nights.
What surprised me about both books was that death caught her unawares. In spite of there having been several untimely and tragic departures amongst family and friends, she was totally unprepared for its assault on her. While the pain of loss would be whatever it was, death has always been visible in my picture of life’s probabilities at any moment. But what do I know? I hope to experience my own demise before that of any who are in the foreground of that picture.
Where Didion focused most meaningfully to me was on the loss of her self, of the person she was. As she experienced those disappearances she aged (or seemed to) more quickly than before. She had been fragile; now she saw herself failing and fading. Perhaps it is because she and I were born in the same year that her experience gripped me. I have not yet been drawn into the downward spiral she describes so affectingly but do not expect to be forever invulnerable. I think a lot about aging; it seems to happen far more quickly and causing more change than anticipated. Didion says: “Aging and its evidence remain one of life’s most predictable events, yet they also remain matters we prefer to leave unmentioned, unexplored”. I would recommend that everyone, at whatever age, give some thought to it. Best not to let it catch you unprepared. Think about death too. No matter what you think or how smart you are, it will get you, too.
I quoted here once Isabel Allende (who also lost her daughter) who said in an interview: “Life is about loss”. Didion says it differently: “ 'You have your wonderful memories,' people said later, as if memories were solace. Memories are not. Memories are by definition of times past, things gone. Memories are (school) uniforms in the closet, the faded and cracked photographs, the invitations to weddings of people who are no longer married, the mass cards from the funerals of the people whose faces you no longer remember. Memories are what you no longer want to remember.” She talks about “staying alive”. That is not the same as being alive. Big difference. I think in pictures: staying alive looks like someone who has fallen over the edge of the cliff and is hanging on to a tree branch by her fingernails. Being alive looks more like somebody dancing or busy at work.
I did a poor job recently of attempting to explain to my son-in-law why old photos make me feel sad. Recently taken photos don’t do that. Old photos are about the times that will never be again. I cannot ever again have the family whole and together as it was. Or be with my school friends feeling our futures in the palms of our hands, thinking we could do whatever we wanted with our lives. Didion’s take on this time: "Ask anyone who was a child during the supposedly idyllic decade advertised to us at the time as the reward for World War Two. New cars. New appliances. Women in high heels and aprons removing cookie sheets from ovens…  This was as safe as it got, except it wasn’t: ask any child who was exposed during this postwar… fantasy to the photographs from Hiroshima and Nagasaki, ask any child who saw the photographs from the death camps.” Two sides to this coin.
Life is good now. I am more and have more in many ways. But that does not change the fact that I can’t have my kids as little children again nor my friends young, healthy and alive. I can’t introduce my children to the grandmother they never met. A reviewer in The Guardian said something about the artist’s ability to create order out of chaos. Sometimes it can’t be done. What was is gone. Forever.
From a recent interview in Time of poet John Ashberry:
You're 84. Do you think about death?
I've never not thought about it. There are not that many things to write poetry about. There's love and there's death and time passing and the weather outside, which is horrible today.
The image above is RedYellowBlue, ©2011, 8.5” x 11”, acrylic collage.
Please check out the poem that my friend Mike Yanke was inspired to write after reading about my slovenly housekeeping. Just click on “Comments” below last week’s blog post.
Posted by Joan Gold at 1:08 PM