About The Requisite Sufffering 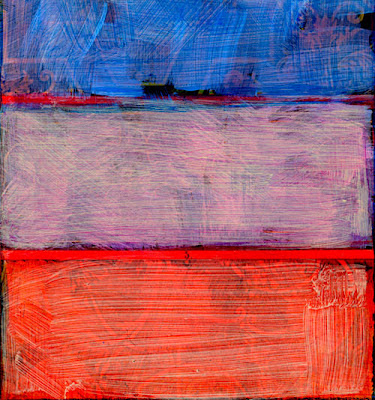 I kind of live with a book while I am reading it and often do so for some time afterwards. The tome of the moment as I mentioned last week is a biography of painter Joan Mitchell. There’s an account of a phase in her adolescence when she pretended to be of an impoverished family (quite the reverse of her reality) as she believed that was a necessary requisite to being an artist. There was a time when she dressed in clothes so ragged that she inspired pity from her schoolmates. And then there is that myth about artist needing to suffer so that they can feel deeply enough to produce “meaningful” works.
It has been demonstrated that suffering is not a natural outcome of poverty. Poor populations do as well (sometimes better) than more affluent ones when surveyed to measure how content they were with their lives. Mitchell never wanted for anything that money could buy. She had charge accounts at fine stores paid by her father even as a teenager. She was, however, not a happy youngster.
Suffering is not usually about money. It is about some of the difficult “givens” of our lives. Given to us also is the capacity for joy and pleasure. Art is about all of it. Ordinary lives often beget extraordinary art.  And suffering (if it were to be considered a critical component of the creative life) is universal. No matter who you are, what you have, or where you have been, you are not protected. You are not exempt from the early onset of a fatal disease, a debilitating or fatal accident, or the loss of people dear to you. Those are the devils we live with and deal with, or not, in whatever ways suit us.
George Clooney: The idea that every time you do a film you're supposed to be tortured confuses me. I mean, guys who say, 'Oh, it's really tough, my character is really suffering' -come on. For us, even in the rotten ones we've had a good time. I don't think you have to suffer.
The image above is like those of the last weeks: some of the collage material that I put together on my computer. It is part of what I will be doing while I wait to have a complete studio again. And, by the way, the renovation begins on Monday.
Posted by Joan Gold at 12:13 PM