About a Fresh Life 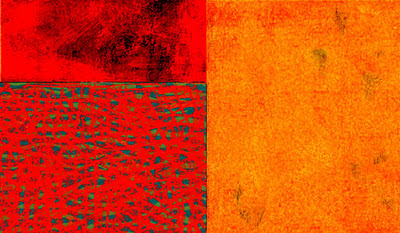 From a recent interview in Time of poet John Ashberry:
You're 84. Do you think about death?
I've never not thought about it. There are not that many things to write poetry about. There's love and there's death and time passing and the weather outside, which is horrible today.
I think about death too. It’s hard not to as one grows old. But now I’m thinking more about change. Maybe not as likely to summon the muse as are death and time and the weather, but certainly grist for this mill. I’ve experienced some: change from single to married to single again. Big ones those. Change of country and language. Becoming a parent four times over. Some losses of people to be forever mourned. Change from well-salaried university professor (an impostor at that) to living close to the bone as a painter. All difficult, all doable.
I remember something from a book by humanistic psychologist Carl Rogers, in which he compared the human spirit to some seaweed he observed from the shore at Mendocino. It was an upright weed that was flattened by every wave and then sprang erect again. He was speaking of trials far more hellish than those of ordinary lives mentioned above. I believe it is that same core of tenacity that keeps most of us plunging into our next chapters.
I notice now the upside of change as I recuperate from the tiredness brought on by the physical, emotional and every other kind of depletion caused by moving home and studio. It is the joy of a new start. Not death-like to inspire poetry, but life-like to inspire this blog. Out with the old! I am sending loads of collected-over-time objects for just-in-case moments to the Rescue Mission or the dump or Craig’s list. Some things have been given away. I don’t have to feel responsible for it all now. And I can, with a clear and free conscious, set out on fresh projects. My new studio will have storage solutions that will allow me easy access to the big boards I used to use to make large works. Once these boards started piling up, one atop the other, it became too difficult to get at them and smaller work ensued. And my kitchen will be less crowded in spite of being smaller than its previous incarnation. My entire operation will become simpler. How lovely.
The downside, and I experienced this painfully when I moved back to this country, is that I will reach for things I was used to and that I no longer own. Can you believe that occasionally I seek my wonderful wooden handled ice cream server? More than thirty years gone? There were several possessions that were the perfect examples of form serving function that I never again owned.
From novelist Arnold Bennet:  Any change, even a change for the better, is always accompanied by drawbacks and discomforts. And, I will add, maybe some sadness.
The image above is of some of the collage material that is waiting for me to have a studio again. It will eventually find a home within one of the larger paintings that are happening in my fantasies at the moment.
Posted by Joan Gold at 9:38 AM