About the Whole Picture 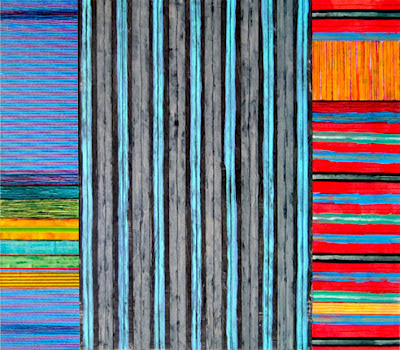 I see my children today as every version I have ever known of them. They are the totality of the infants and toddlers and teenagers they were and the adults they are now, in all their moods and guises. The picture I have of each is a compendium of all their years. It follows therefore that the picture I hold of anyone who inhabits my landscape would be of a size commensurate with the time and depth of the relationship.
My two brothers, whom I have known longer than anyone else on this earth, are pretty big pictures. Not quite as complete as they might be as I missed a lot of their lives while I lived away, and because our paths took us in very different directions. Still, they are amongst the few lives that exist in my memory that include childhood. The children I knew when my own were growing up were left behind in Venezuela. There are nieces and nephews in Spain that I don’t know as grown-ups. My American nephews were teenagers before I knew them.
This is some of my thinking as I contemplate this weekend’s birthday of my elder brother. He will be eighty years old. You are only as old as you feel. So they say. Well, excuse me, eighty is old. It’s a long time to have been on this earth. A long time for a body to carry on in reasonably good style which both my brothers are doing. Take it from me — old is old, no matter how you feel.
But I’m finding it difficult to integrate this number into the picture I hold of this dear brother. I see him as the boy sitting on the stairs counting his collection of comic books, in the basement of our house setting his hair on fire while he played with his trains by candlelight (no harm done). He exists for me as the teenager who was causing worry, as the young man who shipped out with the merchant marine, who later became a lawyer and then a judge. But eighty? How did that happen?
From poet Emily Dickinson: Old age comes on suddenly, and not gradually as is thought.
The image above is Lotus ©2006, Mixed Media on Canvas, 35” x 40”
Posted by Joan Gold at 11:08 AM