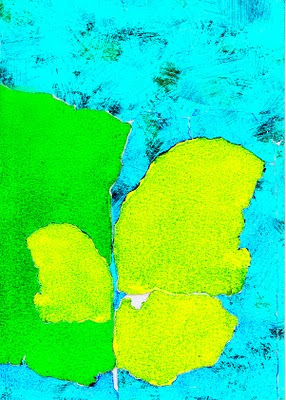 Alexander Pope famously said, in his Essay on Criticism, “fools rush in where angels fear to tread”.
Well, as wise as that advice is, my thoughts have turned critical. This was provoked yesterday when I delivered a work of mine to a local group show and was sorely dismayed by the quality of work that I saw leaning against the wall of the exhibition room. The spectacle caused me a moment of concern as in art as everywhere else, we are judged by the company we keep. If this sounds shallow and superficial, remember that visual art is totally about appearances.
Art does not suffer mediocrity well. While I have definite and clear preferences, even prejudices, when it comes to painting, I respect a job well done in any mode. The vision may vary, the medium can be any, but the craft must be finely honed. (Here I have paraphrased friend and fine painter, Tina Rousselot.)
I have entered into this topic with some trepidation as I live amongst people who are careful to be discreet about panning an artist’s work. I don’t know if this is true for all of the rural areas of California but it was not so when I lived in big cities. Those populations seem to be more willing to reject a poorly made work. Here I have remained seated while an audience around me has stood to give an ovation to a theater production that was shamefully bad. The defense of this approbation is  “they worked so hard!”. Well, too bad. That’s not enough to make me want to pay for that sort of performance and then have to sit through it. No, thank you.
The aforementioned exhibition was juried, a detail I had forgotten. The juror, who obviously had some preferences of his own (and possibly a few prejudices) made his selection. From what I know of the work of those on the list of the accepted, this show will look good. I would not discourage the budding artist but I believe we do him/her a disservice by applauding a poor effort. As the French satiric moralist Jean de La Bruyere said: “There are certain things in which mediocrity is intolerable: poetry, music, painting, public eloquence.”
The image above is History 004, 2010, digital painting, size varies. It is a work in progress as I still haven't gotten the green area on the left quite right. To read about the giclée process and this series, or to purchase an original digital print, CLICK HERE.
Posted by Joan Gold at 12:05 PM