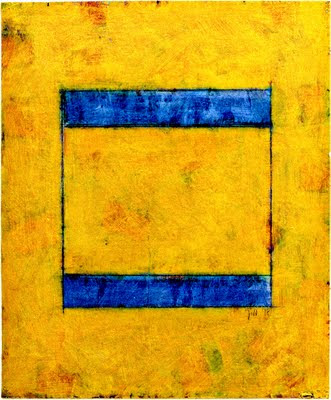 After my slide show and talk on Tuesday, Amy, our facilitator, tackled the subject of my last blog About the Differences. Except that, being Amy, who is a totally positive thinker, she turned it around and asked the crowd to describe some of the ways that artists are similar to each other. I thought of a few qualities we might conceivably have in common that would have gotten me booed off the stage, but this audience was more respectful.
Amongst the characteristics mentioned were that we make magic. Like stone soup, give us the materials and we will give you a painting, a book, a song. There was a comment about commitment. I don’t know that we have cornered the market on that, but I know that without it, we wouldn’t go very far. There was discipline also. I sometimes think I’d like to lose some of that. I am a very demanding self-supervisor and have difficulty in taking time off. Too much of a good thing, maybe. Peggy, our fine potter, spoke of how we hone our skills. People in other professions must do that too, but we can make it visible (or audible). Especially when we are doing a retrospective slide show. Becky said we are curious. Now there’s a trait that we might have a corner on except that we share it with children. This might be one of the few ways of life in which it serves us well to use all the child there is within ourselves as we give ourselves over to our task. Someone said we learn from each other. We have that in common with every one on this planet and with the animals too. I used to return to my studio after seeing a new painting by my friend Richard, eager to use what I had learned while looking closely at his work. He did the same to me and we thought we were very clever as we ripped each other off.
Somebody mentioned our being supportive of each other. I thought at first that was about this small pond we call home. And then I remembered something I wrote of recently. I had emailed a number of artists I had never met to ask what their experience had been with a certain online gallery I was considering. Every one responded with a thoughtful, caring and warm note. That might well happen within other groups but it was, for me a unique experience of the kindness of strangers.
There were other adjectives applied to us: compulsive, obsessive, honest. I don’t think we have a monopoly on any of those but we might just have those qualities in strange proportions. My personal opinion (I use my self-given right to express it here) is that we crave an audience: viewers, readers, listeners — tasters if you are a cook. And we come in all sizes and shapes and colors. The drive and the need to work are crazy-making and helpful. And we don’t retire.
The image above is Blue on Yellow, ©1998. This piece is long gone but I have found a photo of it and plan to make a print for our June, 2011 open studio event here in Humboldt County.
Posted by Joan Gold at 11:47 AM