About Not Having It All 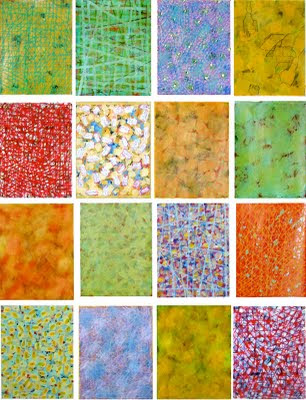 The words of Nobel laureate Rita Levi-Montalcini (from her auto-biography):
“Without a pre-established plan and guided at every turn rather by my inclinations and by chance, I have tried — as will be clear from a reading of this sort of balance-sheet or final account of my life — to reconcile two aspirations that the Irish poet William Butler Yeats deemed to be irreconcilable: perfection of life and perfection of the work. By doing so, and in accordance with his predictions, I have achieved what might be termed “imperfection of the life and the work”. The fact that the activities that I have carried out in such imperfect ways have been and still are a source of inexhaustible joy, leads me to believe that imperfection, rather then perfection, in the execution of our assigned or elected tasks is more in keeping with human nature.”
I saw recently a documentary called “Who Does She Think She Is?”, which begins with a narrator reeling off a list women who remained childless: Amelia Earhart, Georgia O’Keefe, Tallulah Bankhead, Edith Wharton, Emily Dickinson, Janis Joplin, Eudora Welty, and Lillian Hellman. The movie presumes to demonstrate that having a family and developing as an artist can be done simultaneously. It fails miserably. Five women artists who married and had children are portrayed. If you were watching carefully you would see broken marriages for three of the five, angry children for the fourth. The fifth might have pulled it off but that was not clear. Sculptor Louise Nevelson left her son with her parents and went off to Germany to continue her art studies. The boy was estranged from his mother most of his life. I am sure that there are women who have succeeded at both (concurrently), but I am also sure they counted on unusually supportive partners. Levi-Montalcini, from an Italian-Jewish patriarchal family got only discouragement as she chose her path, having to overcome the objections of her father who believed "a professional career would interfere with the duties of a wife and mother”. She chose to avoid marriage and children altogether and to pursue her career in science, because during her generation, it "wasn't done" for a woman to be a professional and also have a family life.
I think now and then of the choices I made and the roads not taken. I would have liked to have an enduring marriage and also the rewards that might have accrued had I stayed in New York from a young age and given painting my all. Instead I got Levi-Montalcinis “imperfection of the life and the work”. And the “inexhaustible joy”. Not too bad.